GTK is a world-class provider of high quality electronics solutions, including standard and custom cable assemblies, connectors and optoelectronics. Founded in 1990, GTK has over 25 years’ experience in sourcing, designing and supplying customers with a wide range of high performance products.  Headquartered in Basingstoke, UK, with offices and manufacturing locations worldwide, GTK has the infrastructure and resources in place to ensure highly tailored production engineering processes and manufacturing quality control.

Typically, batch sizes vary between one cable assembly and a thousand, with the work content involved in each cable assembly also varying from between two or three minutes to several man-weeks, Consequently, labour productivity had a significant impact on profitability.  While the business suspected that there was considerable scope for improvement in both labour efficiency and labour utilisation, identifying precise opportunities had always proved difficult.

Operations Director Steve Robinson said “With just paper-based systems for work content recording, we were finding that not only was it difficult to gather data to improve production efficiencies, but we had no data to guide us when we were quoting for new business,” he explains. “In addition, this lack of historic data made accurate production scheduling impossible.”

In short, he sums up, the business’s requirement was very clear: what was needed was better visibility into how long its wide range of cable assemblies took to manufacture. And the reward, too, was equally obvious: better-informed decisions in respect of costing, productivity improvement, pricing, and scheduling.

In short, the business’s requirement was very clear: better visibility into just how long cable assemblies took to manufacture. And the reward, too, was equally obvious: better-informed decisions in respect of costing, productivity improvement, pricing, and scheduling.

But how best to achieve this visibility? A review of a dozen leading Shop Floor Data Capture systems quickly confirmed that their price tags were prohibitively high. And some bespoke software, custom-developed for GTK, failed to live up to expectations, and quickly lost the confidence of the factory floor operatives who were using it.

But in late September 2012, a casual conversation with a manufacturing consultant who was familiar with GTK’s business resulted in an intriguing suggestion: take a look at MESTEC.

“We weren’t familiar with MESTEC, but the consultant was,” recalls Robinson. “We quickly saw a strong overlap between what we were looking for, and what MESTEC offered within their standard factory management system.”

The plan that emerged was simple. Rather than opt for on-site deployment, GTK would use a Cloud-hosted ‘Software as a Service’ installation of MESTEC’s factory management system, beginning with a manufacturing cell that built a range of twenty or so cable assemblies. Full deployment would then extend to the entire factory, as experience accumulated.

“We weren’t installing any software on site or impacting our own IT systems at all: everything was in the Cloud, on a MESTEC-hosted server,” says Robinson. “MESTEC integrates seamlessly to our existing systems, keeping them up to date while providing real-time actionable insights into factory-floor performance from within the MESTEC application itself. The operator interface and the intuitive real-time KPI dashboards couldn’t be simpler—and unlike our previous bespoke system, we soon found that our people trusted the MESTEC system and found it easy to use.”

Soon, the roll-out was complete, with each cable assembly team equipped with its own MESTEC factory management terminal. And almost immediately, it proved possible to identify poorly-performing operators, beginning the process of transitioning to a performance-driven workplace culture, where both management and operators knew who the highest-performing individuals were, with recognition and rewards dispensed appropriately. Individuals’ salary increases, for instance, were linked to their individual Overall Labour Effectiveness performances.

“At a team level, there was a new sense of empowerment and accountability,” explains Robinson. “Overall Labour Effectiveness climbed to 86%, and operator utilisation to 87%—improvements that were directly attributable to our MESTEC investment.”

Just as importantly, the business began to build up a library of accurate cable assembly times, finally achieving the goal of having accurate standard times and costs. Not only did this make it possible to profitably bid for new business, says Robinson, but the flow of work through the factory floor improved, positively impacting due-date performance.

“Prior to installing the MESTEC factory management system, we reckoned that unrecovered labour costs amounted to £10-15,000 per month and was a problem that had been growing progressively as the business grew,” he sums up. “Today GTK is entirely free of the unrecovered labour burden and, as we continue to gain efficiencies using the data MESTEC provides, we’re targeting a third year of real term cost reductions to drive our competitiveness in the market.”

And the ROI of the investment in MESTEC is equally undoubted, he adds.

“Each month, we get back twenty times the cost of our monthly MESTEC subscription in tangible financial value—which is impressive, and significantly exceeded our expectations.”

“Each month, we get back twenty times the cost of our monthly MESTEC subscription in tangible financial value - which is impressive, and significantly
exceeded our expectations.”

“I have to say that with a lot of careful pre-release formatting of the software the MESTEC implementation on the shop floor went in extremely smoothly and the user experience has actually been one of the best received pieces of software that we have ever implemented anywhere in the business.

The shop floor saw the benefits immediately and therefore the buy in was very good.” 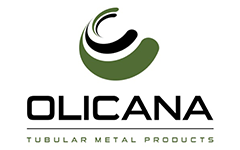 “We’ve seen an instant improvement in productivity. Just by communicating individual and group productivity data with operators, we’ve seen people who were operating at 50% efficiency get up to 70-80%, and we know that we can increase that figure further”

“With the MESTEC solution we quickly discovered that the definition of ‘good hours’ in our SAP system excluded setup times and our non-value times estimated at 5% were actually 10%.

Being able to flag it in real time, rather than on paper systems, meant that it was much easier to then recover the cost from the external suppliers involved”

“Without doubt, we can demonstrate very real savings from capturing and reporting ‘as‑built’ data, to faster cycle times and improved material flow, we’re a business today that runs far more efficiently, thanks to MESTEC.”